La Oma is well-renowned in the Vaal Triangle as a retail and wholesale butchery of distinction, established in 1958 by Evert Ehlers in Vanderbijlpark. Over time, Evert and his wife Hettie expanded the brand to boast five locations. Due to poor health, Evert hung up his butcher’s coat in 1979, leading to the closure of four butcheries, except for one, the original La Oma store.

Gert and Marietjie’s daughter Hettie joined the team in 2009, leading to La Oma becoming a third-generation family business. Gert, Marietjie and Hennie have since retired leaving the current shareholders – Hettie Kruger and Chris Snyman, a long-time employee and manager at the helm. 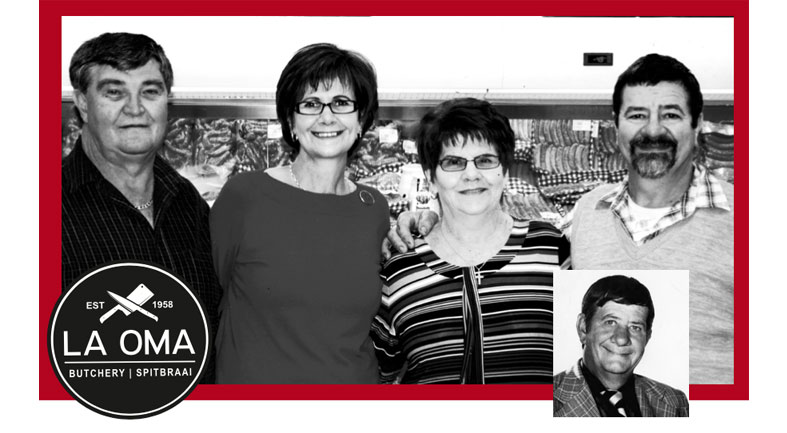